This was originally intended to be more of a walk-through than a quick take, but my camera battery had other ideas. (It’s recharged now.) This is connected in some small degree with my research last month into carrot cake recipes, in this case from the “one of these things is not like the others” department. While several of the recipes give “muffin” (really, cupcake) presentation as an option, this is the only one that is actually formulated to be a muffin — less sweet, dryer, and unfrosted. At only 250 kcal each, it actually is a practical breakfast item (for those who do breakfast), unlike the 750–1000-calorie monster cupcakes masquerading as muffins at pretty much every chain bakery in the country. 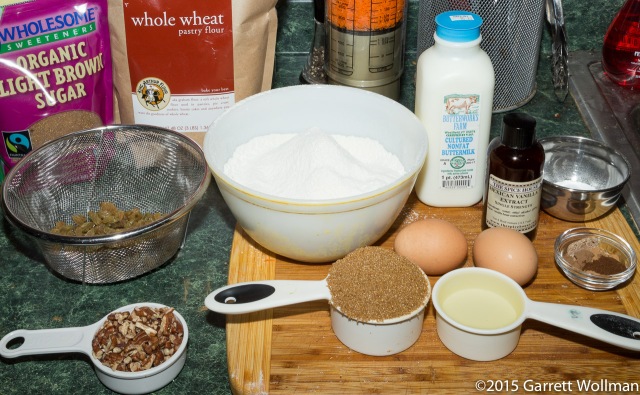 We start, as always, with an overview of the ingredients. Since these are “Carrot Cake Muffins”, we start with two large carrots, shredded, to make about 1½ cups, along with an equal volume of Graham (“whole wheat pastry”) flour, all-purpose flour, and buttermilk. (I weighed my flour, as usual, using the flour’s nutrition labeling to get an approximate equivalence — thanks to the bran, Graham flour is less dense than all-purpose.) The flour along with the usual leaveners and a fairly substantial complement of spices form the dry team; the fat comes from vegetable oil (any neutral-flavored oil will do — I just used what was in my pantry). To add some texture, a third of a cup each of chopped pecans (I had some left over) and golden raisins are folded in at the last minute, alongside the shredded carrots. Note that I used too much brown sugar: the recipe only calls for a third of a cup, but the vulgar fractions are difficult for me to distinguish in the typeface used to set this book under poor lighting (it’s not the first time I’ve made such a mistake). 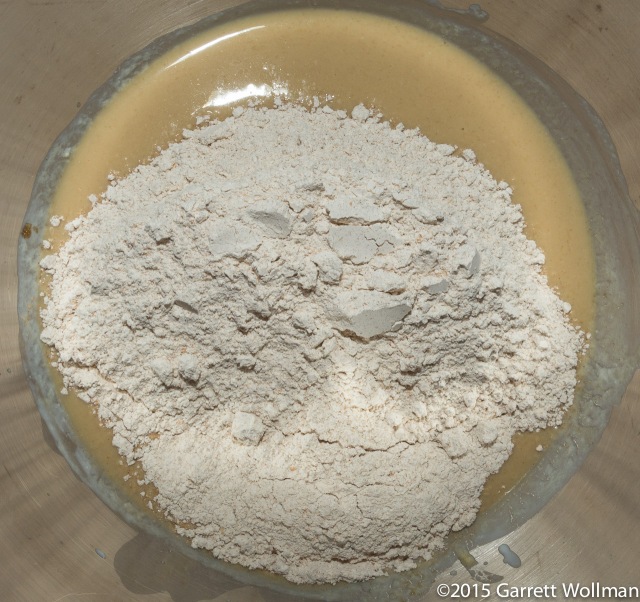 Now it’s time to play “Spot the missing ingredient!” Can you tell which ingredient is missing here, in a fairly ordinary application of the “Muffin Method” (add dry to wet and fold)? I couldn’t either, so don’t feel bad. It was only when I was about to portion the muffins that I noticed the measuring cup full of vegetable oil still sitting on the counter! In theory, this is supposed to be mixed with the eggs as a part of the wet works to create a stable emulsion, but I totally forgot. Luckily, it doesn’t seem to have made much difference that I only added the oil at the end, and it incorporated quickly without too much extra stirring. 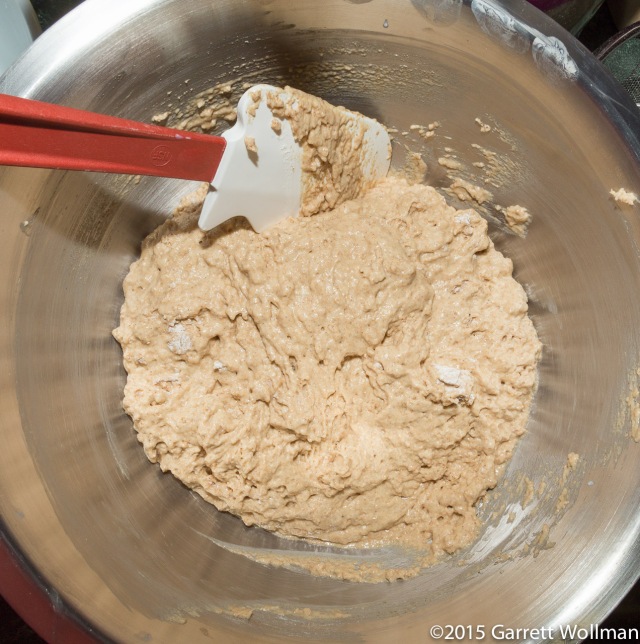 The finished batter, with shredded carrot, pecan, and raisins, looks like this. (Actually, come to think of it, I can’t recall whether I took this photo before or after adding the forgotten oil.) 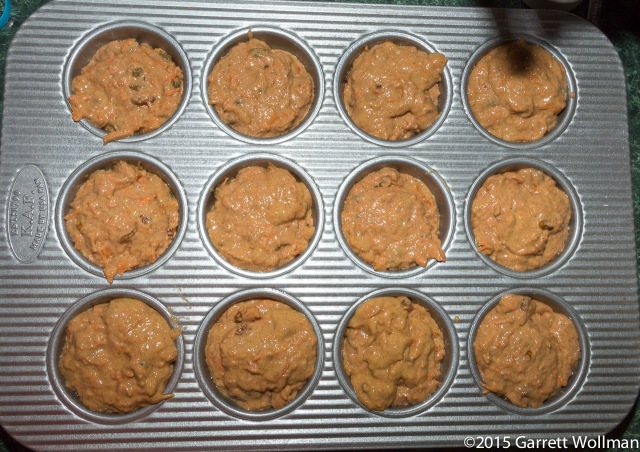 Once again, I used my trusty #16 disher to evenly portion the batter into the wells of a twelve-muffin tin. 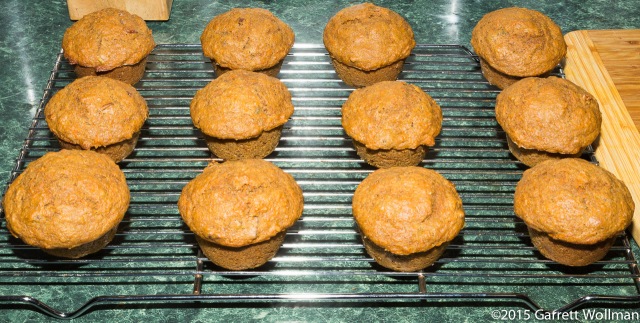 After baking for just 25 minutes, the muffins were done. Following King Arthur’s advice (St. Clair makes no recommendation one way or the other) I let the muffins cool for five minutes in the tin before removing them to the cooling rack to finish the process.

Verdict? They’re decent muffins; I could have used a bit more crunch — perhaps a sprinkling of demerara sugar on top, and maybe a bit more sugar in the batter, would have been nice. I might actually put together a simple icing from confectioner’s sugar, buttermilk, and cinnamon for when I bring these into the office on Monday. Despite using a fairly large quantity of spices, I’m not sure that this recipe lives up to its advance billing — but that may be just me, because I tend to need to be hit over the head with most flavorings in order to notice them at all.

These numbers would obviously be higher if you used proper buttermilk (with some fat still in it) rather than cultured nonfat buttermilk as found in the supermarket.